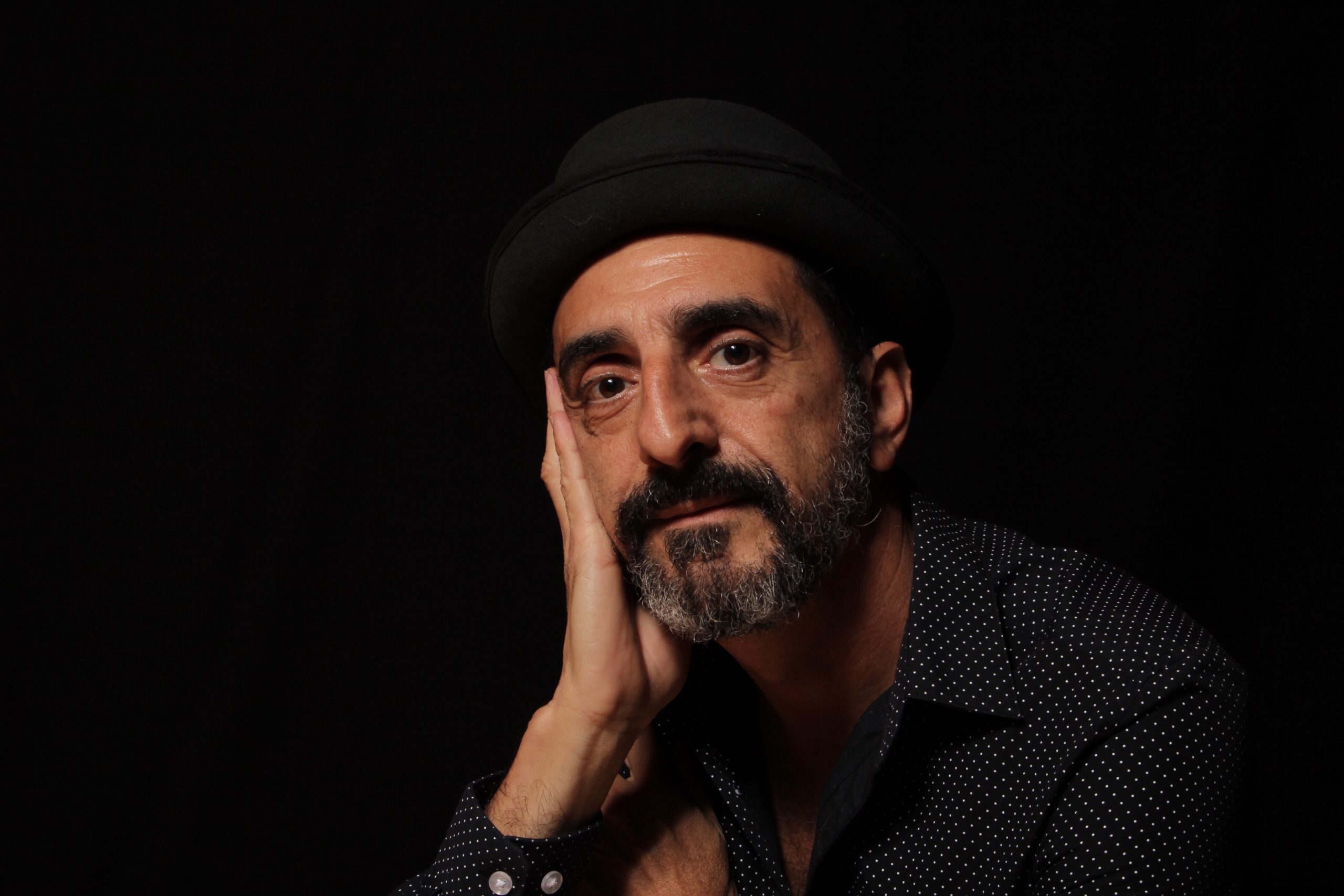 By ‘definition”, the PANTOMIME is a form of representation made by a mime / actor regardless of the use of words, using the body and movement to tell a story where the gesture links us to the emotions.

In my first years of performances, at the end of a show I asked the audience (5-year-old children) a question: what is a mime? … and a child, making a great connoisseur gesture, raised his hand and answered: it’s when my mother caresses my face ”(mime is“ caress ”in Spanish),… I maintain that it is one of the best definitions, like all artistic languages and beyond the definition given above, the art of mime allows us to shorten distances, be more sensitive and more human … in short: A CARE.

2. What influences and teachers have influenced you?

I began my artistic and professional training in the mid-1980s. At that time of post-dictatorships in Latin America, the search for THE SMILE through art was revalued, appearing in different forms and in different spaces of representation. First I found great information on physical and gestural comedy in silent-movies (Chaplin, Buster Keaton, Harold Lloyd, Tati) and cartoons, being an influence to this day along with physical comedians (classic and contemporary) like Jerry Lewis, El Tricicle and Philippe Courtemanche.

In mime, of course the biggest influence was Marcel Marceau.

But In 1991, through a grant from the French Alliance, I learned about the work of those who marked my path and way of thinking: Claire Heggen and Yves Marc from the Theater du Movement Company, knowledge that I was able to enrich through workshops with other teachers like Corinne Soumn (Theatre du L’ Ange Fou), Pierrik Malebranche (Compagnie Philippe Genty), Ricardo Behrens (impro Theater), allowing me to find my own style.

3.Why did you choose Mime/Pantomime?

A few months after starting to study theater, I found in the art of mime that magic that allows us to explore other spaces of communication, imagination and creativity, achieving direct contact with the audience.

4. Mime work in digital space- can it work? What is changing?

COVID revealed new paradigms and generated different fusions between artistic and audiovisual languages, an obligatory path to sustain ‘virtual contact” between people. The work of mime is a form of visual theater whose only main object is the body, expressing it in space. This is one of the basic needs to tell a photographic or audiovisual story, SUBJECT-BACKGROUND, along with RHYTHM AND GESTURE. Those audiovisual materials, long sought after by artists of this genre, began to fill the network and appear “live” via streaming. We are in a time that encourages multiculturalism and values the classics and mergers. The body in movement, the look from the camera and creativity in post-production, give way to other poetic forms that reveal the power of gesture and mime, proposing “another way of looking”.

5. Distance not only in the presentation medium, but also in everyday social life, change this situation the perception of physical theater?

The distance in the physical environment and in daily social life redefines and resignifies physical theater. The distances in the scenic space and the work of the mime actors take on another value and dramatic tensions. The game and the reality of representation allow us to explore and transgress these norms imposed by the current situation, allowing us to release tensions and, at the same time, reflect on this “new reality”.